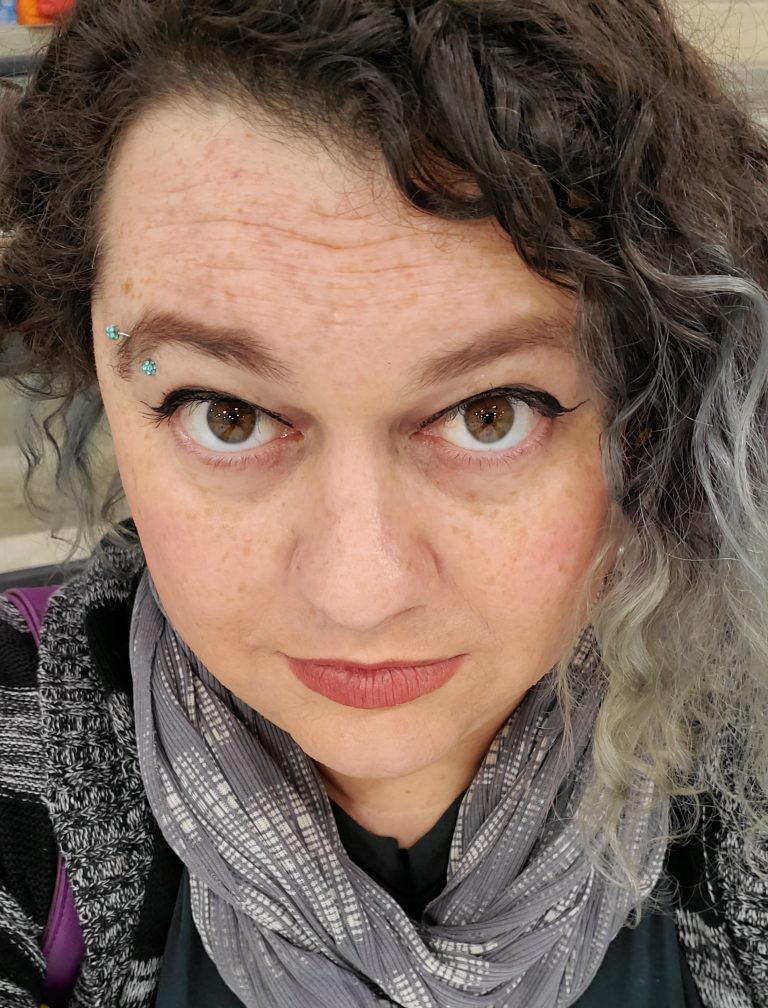 Dr. Tess Tanenbaum is a game designer, artist, maker, and assistant professor in the Department of Informatics at the Donald Bren School of Information and Computer Sciences at the University of California-Irvine where she is a founding member of the Transformative Play Lab. Her PhD research took place at Simon Fraser University in the School of Interactive Arts + Technology, where she also received her MA.  She is a recipient of the Pacific Century Graduate Scholarship, the first inaugural Graduate Research Award in Interactive Arts + Technology, and the SFU Dean’s Convocation Medal. Her work has been funded by Canada’s GRAND NCE initiative, and the Canadian Heritage New Media Research Networks Fund.

Dr. Tanenbaum is a transgender woman, whose work is engaged with issues of gender, identity, and narrative. Tess’s work is playful, provocative, and interdisciplinary, frequently straddling the line between art, design, and research. Her doctoral research examined identity transformation and empathy in digital narratives and games, drawing on theories and methodologies from the performing arts and human-computer-interaction.  Her ongoing work on “Transformative Play” draws on techniques from theater practice to create and explore playful experiences that communicate different perspectives on the world, encouraging players to viscerally inhabit new identities and experiences. Her first book, edited collaboration with Magy Seif El-Nasr and Michael Nixon, entitled Nonverbal Communication in Virtual Worlds: Understanding and Designing Expressive Characters was released in early 2014 by Carnegie Mellon Universities ETC Press. As a PhD candidate she also served as a consulting researcher at the Nokia Chief Technology Office’s Advanced Engineering group where she advised on matters of storytelling and wearable technology for the Internet of Things.

An experienced game designer, Tess’s work incorporates physical objects, wearable technology, and interactive tabletops to explore embodied interactions with digital games and stories.  In 2010 she was the lead designer for Futura: the sustainable futures game, which was showcased at the 2010 Winter Olympics in Vancouver, and later incorporated in the City of Vancouver’s “Greenest Cities Conversations” program.  Collaborating with Karen Tanenbaum, she created The Reading Glove: a tangible, wearable, work of electronic literature where a reader explores a collection of evocative physical objects to piece together a historical narrative. The Reading Glove was shown at MLA 2014 as part of the Pathfinders exhibit, and in 2016 at the Stedman Gallery in the Electronic Literature: A Matter of Bits exhibition. It has been selected for inclusion in the third collection of Electronic Literature by the Electronic Literature Organization. She is currently working on developing new gaming technologies that push the boundaries of personal fabrication, using 3D printers and laser cutters as platforms for hybrid digital/physical games.  Her recent game, Magia Transformo: The Dance of Transformation, was an official selection of IndieCade: the largest festival of independent games in the world. It uses costumes and movement to help players adopt the personas of witches and warlocks to uncover the secret magical history of the world.

Tess is also a “Steampunk” artist, and maker, whose work on DiY culture appears in the book Vintage Tomorrows and the documentary film of the same name. Her writing on Maker culture also appears in Garnet Hertz’s acclaimed Critical Making ‘zine, and ACM’s interactions magazine.  Her award winning steampunk superhero creation, Captain Chronomek was featured at the 2012 Emerge Conference exhibit Powered by Fiction, and is also a founding project of the Critical Making in the Digital Humanities Archive.  Her work on Critical Making and Design Fiction is regularly presented at CHI, most recently in the form of a Critical Making Hackathon workshop that gave rise to the extremely successful Quantified Toilets design intervention at CHI in Toronto.