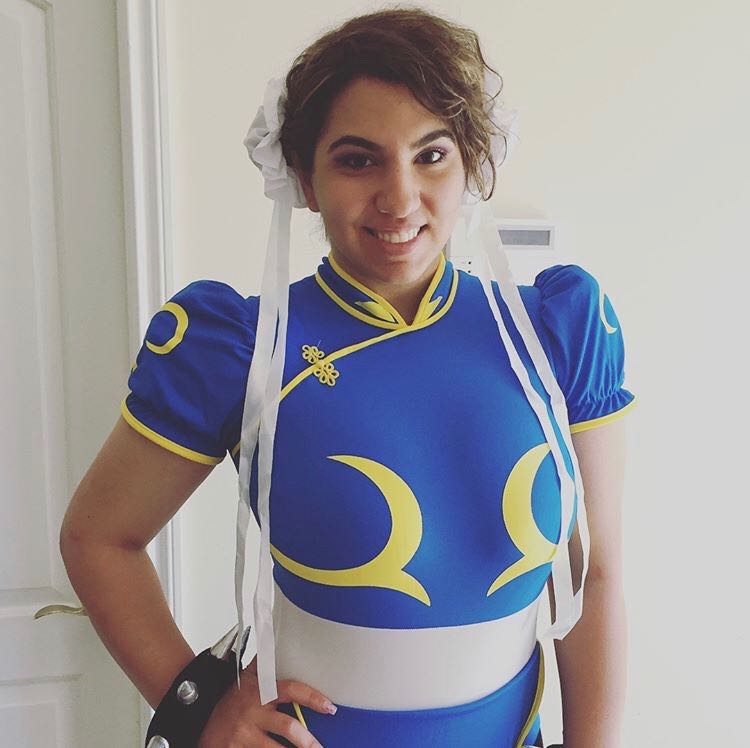 Naz Hartoonian is a games researcher, writer, producer, and community educator. She loves making games about brave women and adorable animals who like to go on exciting adventures! She also enjoys playing, making, and thinking about horror games. Some of her favorite titles include Silent Hill 2, Resident Evil 7 and Dead Space.

Naz received her B.A. in Economics at UC Irvine in June 2019. Prior to graduating, she was the Director of Productions for UCI’s Video Game Development Club, an organization dedicated to helping undergraduate students interested in game design, thrive! She’s developed over nine games with the club and some of her favorite games she’s produced include Xylo, a 2D sci-fi horror game and A Corgi at Night, a 2D side-scrolling platformer about a lost corgi trying to find his way back home.

Her current research further investigates the impact of presented character gender on player performance. She presented preliminary findings in May 2019 at UCI’s UROP Symposium. Through the Competitive Edge Summer Program, she continues to look into avatar gender and its relationship with time spent in character customization interfaces.

In addition, Naz was a UTeacher for the 2018-2019 academic year. Through UCI’s UTeach program, she had the opportunity to teach a 10-week seminar in Spring 2019 about the history and design of horror games.